Along with School Patron, Scott Maslen (Eastenders star and TV personality) and West End star Ashley Day,  JLDA offers the complete package for any up and coming performer.

We follow the ISTD syllabus with our fully qualified team and students are able to take exams if they wish.

We are proud to be a family orientated, welcoming school, dedicated to offering all our students the best training and performance opportunities. 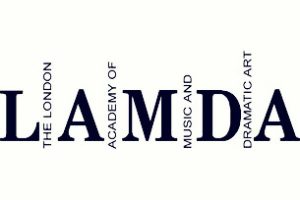 At JLDA we pride ourselves on having the strongest ballet training in the south. We focus on technique and attention to detail, whilst also training correct classical vocabulary and a true understanding of anatomy and fine motor skills. Classes follow the ISTD syllabus and students may take examinations if they wish. Students who successfully achieve a high Distinction in their ballet exam will be considered for the prestigious ISTD Ballet Awards. Miss Jamie Lee who heads our classical ballet faculty trains weekly with tutors from the Royal Ballet School.

Tap dance is an exciting, percussive, rhythmical dance form, often seen on screen and stage in musicals. From learning the basics of rhythm and tapping, to syncopation and improvisation, student’s learn to tap to different styles of music, and can ultimately perform exciting and theatrical numbers.

From lyrical to upbeat, this varied type of dance allows for expression as well as developing flexibility and core stability. A popular style due to the variety of movements that modern dance encompasses.

Acrobatic Arts is the beautiful fusion of the artistic motion of dance and the athleticism of acrobatics. It promotes excellence in tumbling, flexibility, strength, balance, limbering, contortion and group / partner tricks. It follows progressions to take the beginner pre-school dancer from log rolls and balances to the advanced dancer tumbling effortlessly.

Classes focus on developing strength, versatility and expression through contemporary dance. The lessons are release based, although dancers also experience the fundamental ideas behind the Graham, Cunningham and Limon methods. Classes are structured to include a range of exercises and travelling phrases to find connection between the body, the space and the music. There is also time allocated in class to explore new choreography, improvisation techniques and the dancer’s own creative ideas.

A high level, fun and fast class. Filled with the classics of a high paced warm up and drills. Attention to corner work - kicks, leaps and turns - is emphasised in this class. Often finishing with a different style routine each week.

LAMDA classes are available in a variety of subjects including Acting, Musical Theatre and Shakespeare. The lessons work towards exams in the chosen subject as well as building correct technique, increasing repertoire and developing speech and language skills.

Movement for musical theatre including routines from popular shows and opportunities for students to create their own work. Extensive work on dance performance skills and vocal/physical stamina during performance.

This class focuses on the skills and versatility required to tackle primary street dance styles such as hip hop, break and locking, house, commercial and many more. In this class your child will learn fun routines from up to date pop music right through to the classics of Queen & Madonna. Street dance teaches students the performance skills required to succeed in the tough world of backing dancers, cruise performers and west end professionals!

Adult Tap - A relaxed class for those with experience to continue tapping to a variety of musical genres. The chance to learn new skills, maintain your already existing knowledge and have fun with other tappers!

Specialist, intensive training for those who excel within their chosen field. Entry to elite classes is by invitation only. Students have specialist ballet and body conditioning classes in addition to their competition routine training. Specific elite terms and conditions apply.

Miss Jamie Lee also coaches the JLDA Elite Competition Team. She graduated from Bird College in London with a first-class diploma in dance & musical theatre. Professional theatre credits include; 'Oliver' (London palladium), 'Scrooge!' (Uk tour), '7 brides for 7 brothers' (uk tour), 'Aladdin' (Bournemouth Pavillion) to name just a few. She holds her teaching qualifications with the Imperial Society of Teachers of Dance (ISTD). She is continuing her training to one day become a Classical Ballet examiner.

Miss Rachael teaches Tap, Junior Musical Theatre, Acrobatics and Modern as well as our Mummy and Me and Pre School Classes.

Miss Rachael has been dancing since the age of 3, and before heading to University she completed all her ballet and tap grades under the National Association of Teachers of Dancing syllabus. Shortly after moving to Bournemouth Rachael transferred to the ISTD Syllabus. Becoming Acrobatic Arts Certified is one of the many ways she continues her own professional development and is delighted to be able to pass her knowledge onto students.

Adam is an established MD, composer, arranger and vocal coach, who has worked on, orchestrated and directed a number of productions across theatres in the South of England, near his hometown of Bournemouth, and has performed at many charity/ Gala events, at venues such as St. James’s Palace and Ronnie Scott’s.
As well as his role as Musical Director at Jamie Lee Dance Academy, Adam is currently working on an unnamed new musical in London with his writing partner, and is gigging regularly across the London independent music scene.
MD Credits include: ‘West Side Story’ (Prissian Theatre, East London), ‘Jack & The Beanstalk’ (Lighthouse Theatre), ‘Legally Blonde’ (Layard Theatre), ‘The Cabaret Collective’ (Pizza Express Live, Holborn), ‘Broadway Showtunes’ (Bournemouth Pavilion), ‘Guys & Dolls’ (Lighthouse Theatre), ‘Little Shop of Horrors (Regent Centre)
Other Credits Include: ‘BBC Breakfast’ (BBC1), ‘Meridian News’ (ITV), ‘Music 4 Meningitis’ (Bournemouth/ Weymouth Pavilion & BIC)
Adam's journey includes a near fatal encounter with bacterial meningitis. His recovery inspired him to work with Meningitis Now, a charity for which he has, to date, raised over £50,000, and a charity which JLDA are now also proud to be raising money for. Adam earned the British Empire Medal from the Queen on her 2014 Birthday Honour’s list, got to meet the Monarch at Buckingham Palace and was also a nominee for the ‘Pride Of Britain Awards’ 2015.

Miss Charley trained at Redroofs Theatre School in Windsor, graduating with a Diploma in Professional Performance. She is a registered LAMDA teacher and runs our LAMDA exam centre at JLDA Studios.
Miss Charley specialises in working with children and young voices and perfecting audition technique. Past and current students have performed lead roles in shows such as School of Rock (West End), Les Miserables (National Tour), Chitty Chitty Bang Bang (National Tour) and Oliver! (Tour and West End) amongst others. Her students have been offered places at a variety of top drama and dance colleges and conservatories, with many receiving scholarships.
Alongside her busy teaching schedule, Miss Charley is a full time performer herself, and can currently be seen playing the principal role in ‘Believe - The Cher Songbook' and as a featured vocalist in 'Bowie Experience' both performing at theatres across Europe.
Miss Charley also co-owns Leighton Production Services, who create and produce theatre tours worldwide and have close links with many top industry professionals.

Miss Katie trained at The Centre Performing Arts College in London where she qualified as a teacher of Ballet, Tap and Modern with the ISTD.

Since graduating she has performed in the West End, pantomimes and in various plays, shows and galas. She now shares her expertise across the south teaching ISTD, GCSE and BTEC dance within Hampshire and Dorset schools. Miss Katie has previously worked for the prestigious Royal Ballet School as a Centre Co-Ordinator for their Junior Associate Scheme.

Miss Kelly began her training at Bird College in Sidcup where she gained a DaDA Award aged 17. She later completed the 3 year degree programme at London Studio Centre. Kelly has been teaching for over 10 years and has worked as part of the dance department at The Brit School in Croydon. Her choreography has been performed at central London venues such as The Shaw Theatre, Greenwich Theatre and the Bonnie Bird Theatre at Laban.

Since relocating to Bournemouth she has worked on the creative team as a choreographer for shows ‘Broadway Showtunes’ (Bournemouth pavilion), ‘Edward Scissorhands’ (Jellicoe Theatre), The 25th Annual Putnam County Spelling Bee- the musical’ (Backlight productions) and ‘Tides of Neglect’ (Poole Lighthouse).

Yvonne was introduced to Singing and Dancing from an early age, training in Ballet, Tap and Modern and Singing with the Bournemouth Symphony Chorus and Youth Chorus, England.

Wanting to train professionally Yvonne auditioned and was offered a place at the Northern Ballet School, England where she focused on Jazz/Musical Theatre, graduating in 2010 with the Trinity National Diploma in Professional Dance and NBS Diploma. Whilst training, Yvonne appeared in productions including "Swan Lake", "Showcase of Dance" and "Crazy For You".

In 2010 Yvonne was offered a world cruise contract with Jean Ann Ryan Productions, onboard the Regent Seven Seas Voyager as a Singer/Dancer/Aerialist and over the course of seven years completed seven contracts with JAR Productions and RSSC performing and travelling the world in 6* Luxury. Yvonne returned to the UK and completed her ISTD DDE in Ballet, Modern and Tap, studying at Roynon Dance Centre, Southampton. Currently teaching ISTD Ballet, Modern, Tap, Contemporary and Musical Theatre in the local area, Yvonne is delighted to be joining the teaching Faculty at JLDA. 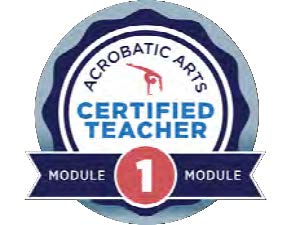 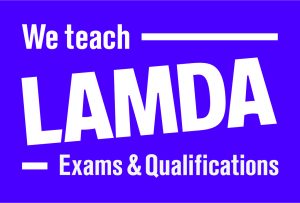